Breaking News
Home / Deep Trip Series / The Country of Bans: The Era of Megalomania and Fanaticism

The Country of Bans: The Era of Megalomania and Fanaticism

Well guys, I just spent the last hour sifting through loads of news videos and videos of political leaders screaming their lungs out about how they think the Hindu culture and people are like Gods who may just wither and die like a flower if exposed to anything “impure”. Frankly, the serious connotations and intense discussions where my earphones were filled with the incoherent babble of “babus”, “netas” and “babas” who wanted to show their immense love for their country, filled me with a myriad of sensations. The pattern which these sensations or feelings followed were along these lines: curiosity, interest, enthusiasm, ridicule, laughter, more laughter, uncontrollable laughter (tears coming out of my eyes at this point), a rising feeling of disgust, repulsion, feeling sick to my stomach and finally, pity. I had to then go through an intense deconditioning program which involved me watching several videos of Bill Maher, George Carlin, and Bill Burr so that I could get back to my place on Earth. Yes, it is pretty bad, people. 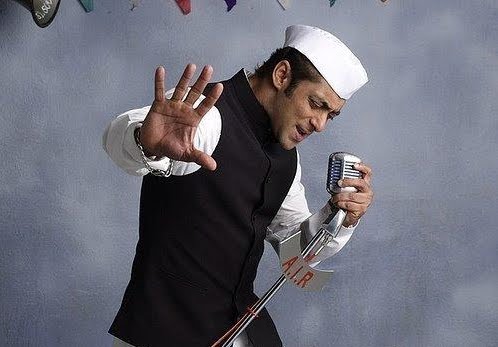 So, what I found is that the people who are running this country are living in a serious sense of timeline dissonance, in a reality which is not at all coherent with the pace at which our civilization is moving ahead at this point of time in history. The people at the elite levels of our society are living in a world of their own, where the “Hindu” culture is the name of the game and anything foreign to this culture is like a plague or virus which threatens the very existence of humanity (read Indians) itself. Well, I have come to respect other peoples’ inner fantasies and virtual realities, because frankly, I harbor quite a few of them as well. And, I don’t think there is anything wrong with harboring these inner virtual realities, given that you have the balls to carry on and make new virtual realities when they are popped like a balloon. On the other hand, what really gets me going is when someone forces their virtual reality on others, completely regardless of the perceptual spaces of others. Now imagine when a guy with a noticeably flawed, inherently stupid and narrow-minded virtual reality projects it onto a whole nation of people with diverse ways of life and outlooks. Well, that is why the nation is slowly going to the dogs, folks! 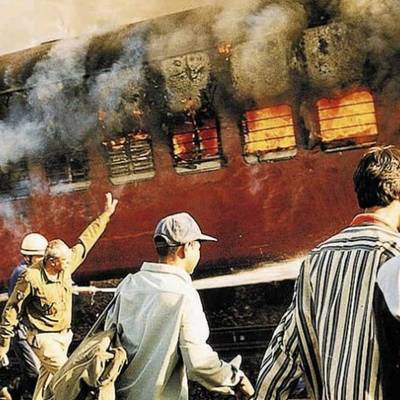 This is an age where megalomaniacs and fanatics have been given the reins to this country, which they are basically treating like their “bitch”. Yeah, that’s right. “India is my bitch and she will do what I tell her to do!” Well, the first thing they do is inject the country with so much fear, so much that a heroin addict might actually wisen up and say, “Yo, that’s a lot of needle use bro!”. The fear is injected in the way of saying stuff like, “You write or say anything against the culture of this country and you are an enemy and a considerable threat to the nation.” This fat and old elite crust of society represents the least aware group of people there is! Their only way of getting things done is to suppress the very will of the people and beat them into submission through tactics which make you rethink every single aspect of your life if you are not aware of the programming that is being meted out to you on a daily basis. If you give into their ways of thinking and perception you may soon be afraid of everything from porn sites to food items, to Muslims and tampons! 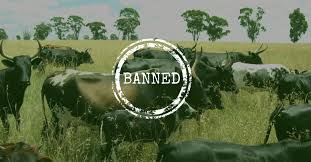 Let’s use this week to voice our opinions and aim the arrow of dissent at some of the major paranoid breakdowns that the government of India has had in recent times:

Ban on Pornography (Apparently now you can watch this on limited sites but cannot distribute it. Beat this! And the government has already tried to ban porn completely in four separate attempts in 2000, 2008, 2013 & recently in 2015)
Ban on Beef
Ban on movies (documentaries like “India’s Daughter” and movies like “Unfreedom)
Ban on parties in Kolkata
Ban on the AIB roast
Books which are banned in India
Ban on swear words in movies (even the word lesbian has been banned)
Ban on sex toys
Ban imposed by fanatics & nationalist parties like Shiv Sena giving a hard time to a girl & guy hanging out together on 14th Feb)
Ban on making love in hotels in closed doors (Recent Mumbai Police outrage)
Ban on Marijuana (it’s just a plant, yo!)
Ban on bikinis
Ban on Homosexuality (First came section 377, then the lower court banned it, the high court unbanned it, the supreme court banned it again, finally when they could not decide, they left it to the fanatic oldies in the parliament to decide! How would they decide for you to love someone & not love someone)
Ban on Dance Bars in Mumbai (They wanted to ban Dance Bars but they actually banned ‘Dancing in Bars’ lol)
Lingerie-clad Mannequins banned by Mumbai Corporator (wtf? And she actually claims that those Mannequins were causing crimes.. hahaha)
Ban on NGOs
Ban on liquor in Gujarat (people still consume more than many other states where it is not banned)
Ban on Social Media (7 such attempts made by Indian government in the last 15 years. They tried to ban Yahoo Chat in 2003 & Orkut in 2007 for example!) 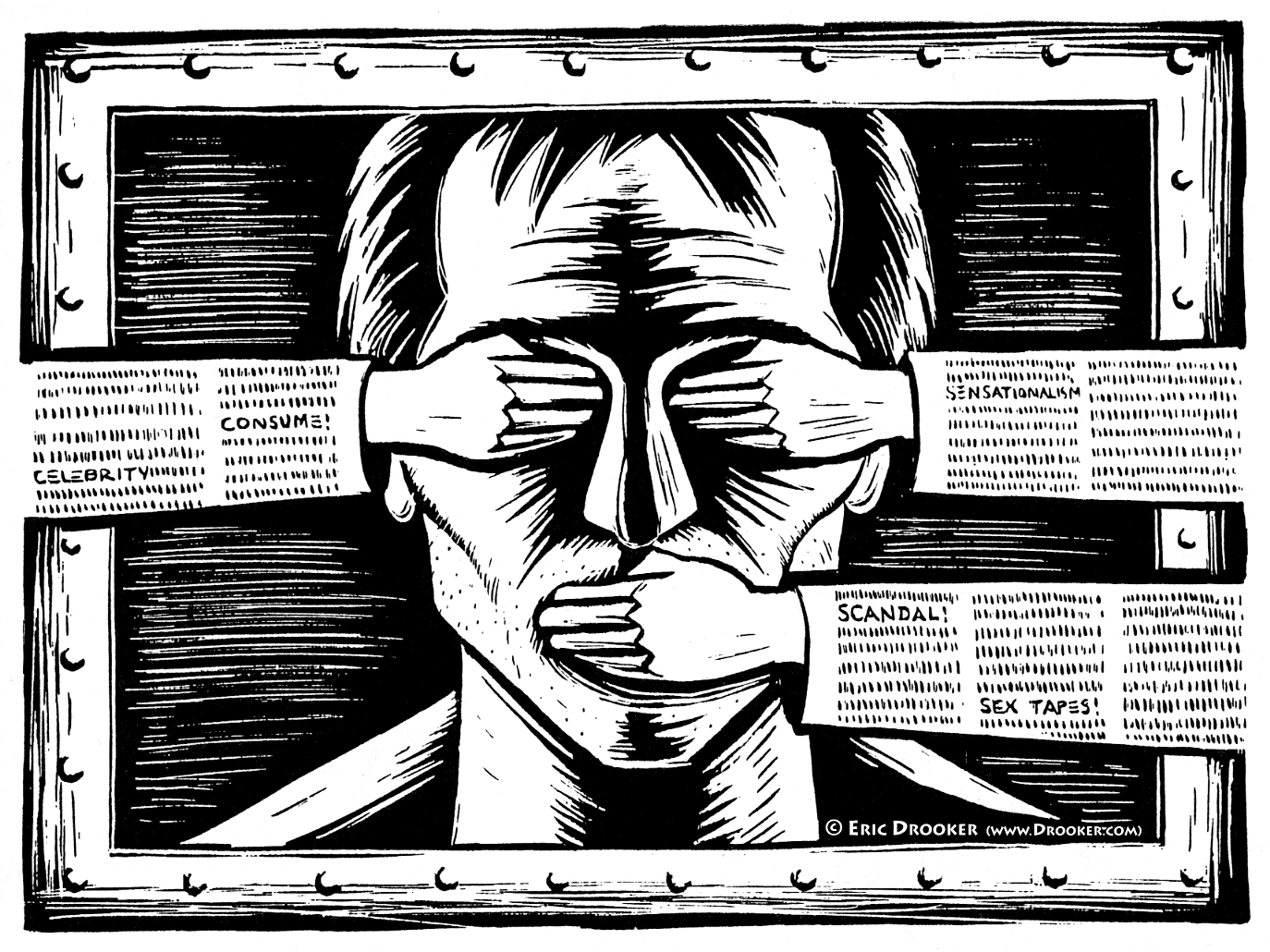 This only shows the immense amount of fear which is being propagated in modern times. This same fear should have stopped me from writing this article. But, you know what, I wrote it! That may not seem like a huge thing, but it does show one thing; we still have the freedom to be heard even if it is looming dangerously close to being suppressed. Well, what we can do is use this sliver of time and space that we find ourselves in and voice our feelings about this inherent chaos that is being propagated as a greater good by people in white pants and oiled-back hair whom we consider as the very people in charge of the development of our nation. The growth and development of our nation, as well as the whole world if you are open enough to it, does not lie in the hands of the elite few. It lies in the hands of you and I, with our voices, our pens, our instruments and our minds. Use them wisely people.
Image Sources: [1], [2], [3], [4]
Share

Previous The New Age Cure for Cancer: No more Hair Loss and Vomiting
Next Ban on the AIB Roast: One for the Overgrown Elitist Babies