Breaking News
Home / Deep Trip Series / Unexplained Mysteries of the World / The Riddle of The Sphinx: Takes us as back as 13,000 years & as far as Mars! 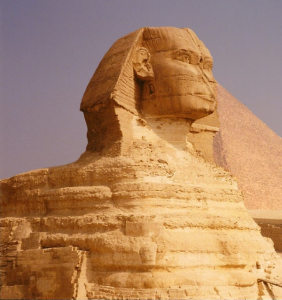 are as uncertain as the uncertainty of God or a superior power. A few believe in the legends; a few do not and a few want to believe but their excessively realistic minds do not let them. One such example of a construction associated with numerous myths and legends with and without proofs is the majestic companion to the only existing Wonder of Ancient World; The Sphinx.

Sphinx is one of the most debated structures in Science & Archaeology since past few centuries, leading to many rational and irrational; realistic and unrealistic; scientifically proven and legend driven associations and theories. Here I have attempted to provide all known facts, attributed theories & some of my opinions about the Sphinx.

Is the Story of The Sphinx that Simple?

Let us start with the most commonly accepted theory; making it nothing more mysterious and special than the neighbouring Pyramids. In 2520 B.C, Pharaoh Khufu built the Pyramid of Giza to rest his tomb in. Along with the various temples and the Pyramid, a mysterious limestone construction with the body of a lion and head of a Pharaoh, was also built in order to guard the tomb complex.

Most of us try to believe and accept concepts which appear the most sensible and simple to us. However,

a few others refuse to believe in the simplicity of the World and do not fear the unknown. These are the researchers and scientists who further dug the other possible alternatives and ideas behind this mysterious structure.

Why should we not simply believe that Sphinx was a part of the tomb construction? First of all, because though there are records stating that Pyramid of Giza was constructed by the Pharaoh; none such records exist for Sphinx. However, inscriptions and researches proving the contrary have been found.

In 1850’s, an archaeologist named Auguste Mariette found a stone inscription which later got to be called ‘Inventory Stella’ in the ruins of the Temple of Isis. One of the lines from Stella states that:

“He restored the statue, all covered in painting, of the guardian of the atmosphere, who guides the winds with his gaze. He replaced the back part of the Nemes head-dress, which was missing with gilded stone. The figure of this god, cut in stone, is solid and will last to eternity, keeping its face looking always to the East.”

According to French Egyptologist and Director General of Excavations and Antiquities for the Egyptian government, Gaston Maspero, the stele clearly states that Khufu did not construct the Sphinx; but just restored it. It also tells us that the Sphinx was already covered deep in sand during that period; which indicates that Sphinx was already constructed a long time ago; long enough to be covered in sand.

Another similar story about the restoration of Sphinx is mentioned in a stele erected in 1400 BC, called the “Dream Stele” found between the paws of the Sphinx. The legend states that once while Thutmose IV was asleep between the paws of the Sphinx, the Sphinx in his dream requested him to remove the sand covering it and in return of the favour, promised him the throne. Miraculously, soon after he followed the command, Thutmose IV became a Pharaoh.

Also the organization responsible for the archaeological monuments in Egypt after a study made using special measuring devices estimated the age of the statue’s stone to be over  10,000 years.

In another research pioneered by John Anthony West, it was found that erosion marks all over the statue are a result of excessive rain exposure. According to experts, this amount of rain in Egypt last happened over 13 thousand years ago; again proving the extreme antiquity of the Sphinx.

During documentation on the second floor of the temple, archaeologist Sherif El Morsi tripped over the exoskeleton of a fossil of a sea urchin; a creature found in relatively shallow waters. Hence, suggesting another famous theory of both the Pyramid and Sphinx once being submerged under water.

Let us now move on from a few realistic and acceptable concepts to those which you need to be a firm believer to believe in.

Sphinx as the Storage House of Atlantis: Hall of Records

Most of us have heard of the Atlantis. Yes! The lost civilization. Atlantis was an island assumed to have 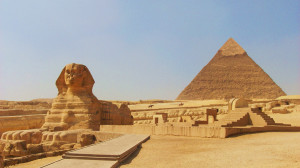 existed before more than 10 thousand years and said to have been strongly believed in 5-8 thousand years ago; later becoming a myth. Mentioned after thousands of years by a story told by Plato; Atlantis is known to have been the most advanced civilisation to have ever existed; a civilization with technologies and powers which even today’s world cannot match; powers and knowledge which could bring peace and decorum to the world. The landmass of the island covered more area than Asia and Libya combined and is said to have existed in the Atlantic Ocean.  The Atlantians are often believed to be an advanced alien species who were better in every way than a human being and had come to Earth from another world. Atlantis; being the most powerful kingdom tried to gain control of the whole world and slowly lost favour with the gods; faced the worst Tsunami ever and submerged into the Atlantic ocean in 8000 BC, taking down with it the most developed technologies and civilization of all time. It is believed that just before the island submerged; the inhabitants moved back to the world they had shifted from thousands of years ago.

Some theorists believe Atlantians as the constructors of the Sphinx. A few others believe that Egypt was once ruled by Atlantians and they built Sphinx in order to protect and store every record and knowledge about Atlantis and its inhabitants; giving rise to the concept of Hall of Records.

Cayce, a renowned psychic in early twentieth century, suggested that deep below the gigantic structure of Sphinx is a huge Library containing lost knowledge and records of Atlantis. The library contains detailed and valuable information about the ancient continent, its development; the construction of Sphinx and the final destruction of Atlantis. It is said to contain information about the origin of life and spirit on Earth and their journey. However, the most interesting concept associated with the Hall of Records is that information was stored in the library for the time of change. It is believed that Atlantis will rise again when the time of change hits this sphere of man’s experience and until then; nobody would be able to reach the chambers beneath or any adjoining chambers.

Numerous archaeologists have performed various researches, in order to find if there are indeed any cavities below the Sphinx. In 1997, Joe Jahoda and Dr. Joseph Schor via radar analysis discovered a 25 x 40 foot seemingly natural underground cavern, with abrupt unnatural 90 degree turn making it appear more manmade or in this case; alien made.

Tripped Out Fact: In 2001, a few archaeologists found doors to the Sphinx’s hidden chambers in the air shaft leading from the Queen’s Chambers of the Great Pyramid of Khufu. However, the permit to further search the path from these doors was refused by the authorities. Makes it more mysterious? Doesn’t it? Maybe there’s some Illuminati twist to this mystery as well where people are not allowed to know or research beyond one point.

It is believed with certain archaeological and scientific proofs as well that the chambers beneath the sphinx are joined to similar hidden chambers at various locations around the world; including Bucegi Mountains, Stonehenge, Mount Kailash, Harappa civilization. Although it would be too wild to believe this to be true unless we actually unearth some evidences. The tunnels joining the chambers are huge as are known to be built by giant aliens or Atlantians as the stores for their research and knowledge and are said to be guarded by magnetic powers as verified by some archaeologists. However, nothing substantial has yet been found to hold this theory scientifically true.

Mars: The Architect of the Sphinx

In 1975, NASA’s Viking 1 spacecraft was snapping photos of various landscapes of Mars, when it clicked

a shadowy landscaped shaped like a huge human face glancing at it in the region called Cydonia. Recently, the Mars Curiosity rover once again sent an image of a rock formation which bears numerous similarities to the Earthly construction of Sphinx, raising further questions and theories about the mysterious Sphinx. Surprised with the extra-terrestrial twist?

If there is a certain connection; what is it? A few say that the ancient Egyptians who constructed the Sphinx had come from Mars; others say that the ancient Egyptians moved to Mars after a Tsunami struck the area, submerging everything under water. Many have associated it to Atlantis as well; presenting the idea that the ancient Atlantians with their advanced technology were actually Martians who had come and settled on Earth. A very little number of people have also commented that those civilised Atlantians moved back to Mars and still live there, waiting for the right time to come back and utilise the knowledge stored safely in the Hall of Records. In a few minds, the Atlantians are saviours of our civilisation who would bring immense knowledge to us; in others, they are the end of this civilization. Or maybe the whole Martian theory and the ‘Face on Mars’ can be dismissed as a case of Pareidolia.

Who knows what the real origins of Sphinx were? Science and research say The Sphinx are over ten thousand years old; which if true could give us some actual insight about the lives of ancient civilizations; may be even Atlantis.

The sole idea of having a construction of supernatural beings who possibly were from outer space and left all their knowledge stored in tunnels and cavities below The Sphinx with the promise of coming back is overwhelming.

Whether Atlantians constructed it or not, the fact that it was created over 10,000 years back is fascinating considering we do not know anything about a civilization that old. The Sphinx could be the only surviving proof of that era which could lead us to unfold many more mysteries.

All we can hope is that further analysis of the cavities and the doors and paths found to them gets permitted and whatever is found beneath the Sphinx doesn’t fail to amaze us.

Previous The Unexplained Death of Elisa Lam: Ghosts, Illuminati or Mental Projections?
Next Tunguska Mystery: Was the Earth hit by a Black Hole or an Icy Comet? 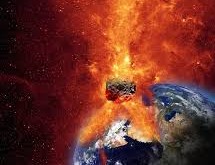 Tunguska Mystery: Was the Earth hit by a Black Hole or an Icy Comet? 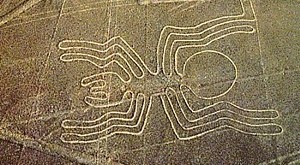 Unsolved Puzzles in Peruvian Sand that have survived for 2000 years: Nazca Lines