Vice introduces itself as the ‘The definitive guide to enlightening information’. Started in 1994 as a magazine (click here for complete history), it has set the standards of news reporting that all other news sites are trying to live up to. What is it about VICE that makes them so special; I think they have said it well enough in the description of their base YouTube channel that is simply VICE:

Pretty bold statement to make, but they deliver every letter of it.

Vice is a behemoth with an enviable network of home grown channels covering everything-news, food, music, technology, women’s issues, culture, arts, EDM, MMA and so on. 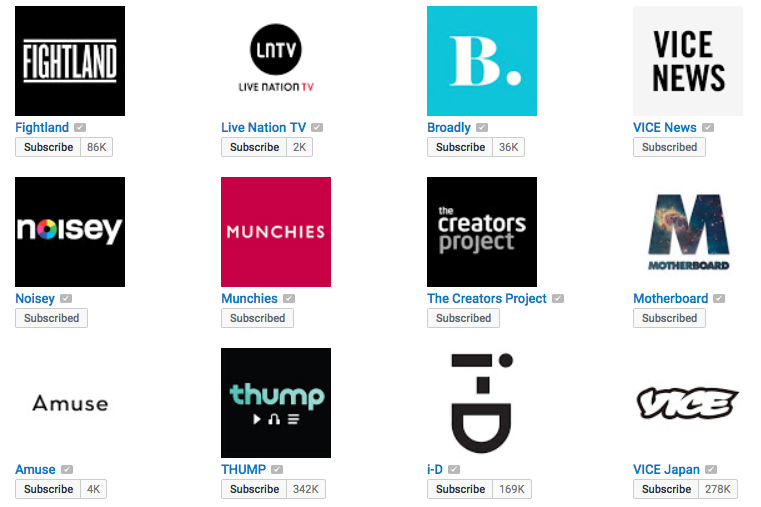 We will be focusing on Vice News in particular, which can be neatly described as the ‘current affairs brand’ of Vice (thanks Wikipedia).

I came across the channel at about the same time that it was launched (as I had been following Vice for some time). Knowing that it came from Vice, I did have some idea about what I could expect, but they still managed to blow the lid off my head.

Want to know the ground reality of the Islamic State, here you go:

Some of their earlier work (not explicitly labelled as Vice News) in the news category is showcased on the home channel. Like the one about the cannibal warlords in Liberia:

Fortunately for us, Vice hit the TV screens when it teamed up with HBO for a series of news shows simply called ‘Vice on HBO’ (2 seasons out with 2 more to come). This series introduces us to the world we really live in:

Fearlessly covering ISIS, sneaking into North Korea, reporting on the Libyan revolution, I was sold before I even knew how to use the phrase.

This is just the proverbial tip of the iceberg as far as Vice is concerned. We will be covering Vice Media in greater depth in future articles.

The only question here is how much Vice can you handle?

Aspiring artist. MBA. Erstwhile corporate cavalry. Live to eat. Nerd. Suburban Mumbaikar (pseudo Mumbaikar technically).After having been conditioned by society, it's time to be conditioned by the soul...
@MadhurOza
Previous YouTube Youniverse: Food Series 102- Food Tube by Jamie Oliver
Next 4 Videos that will tell what the Dark Web is all about