Dante’s Inferno: The Art of Walking Through Hell

Born into the living arms of his parents, unbaptized and out of pure lust. He loved the man and was locked and whipped for it with shouts of “your love is not love!”

She’d find a new place to eat every day. This week was her last. Gluttony was shamed and abused, called fat and ugly. She felt the world lose a grip on her soul and at the end of the week found solace from a noose hanging around a fan.

His greed gave him power and no good ever came out if it. Shunned by his kind, He sat on his Plume Blanche sofa in his finest bungalow, waiting for death to come find him as his son slept upstairs.

Anger entered into the man’s house who had taken everything from him. Knife in hand, Anger walked towards the man who tried to fight him to no end. His son clambered down and watched as Anger slit his father’s throat as blood splattered his face. Anger said, “The man deserved it” as he wiped the blood from the child’s face. The kid vowed he would feel the blood on his face again. Greed, anger, murder and revenge. 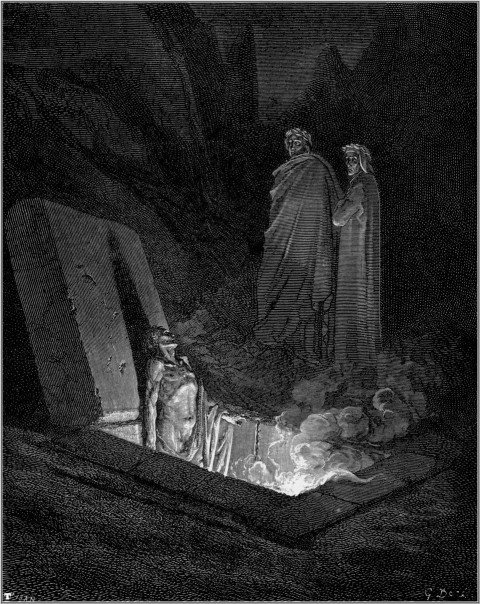 Far away in a land long forgotten, Faceless men killed unknown enemies. They were killed with no names, shared for the profits of men behind desks far away from these lands. Bodies dropped to the ground like tears that fell from their mothers.

There were men staring at the barrels of their own guns and men who looked up at the skies and screamed out if relief would ever wash over their faces. Hope faded away from their faces.

Now, my dear love, we are just two levels away from the devil himself. Before us lay the fields of Men who lead others away from their righteous path, filled with snakes. The magicians, diviners, fortune tellers, and panderers are all here, as are the thieves.

The frozen lands prepare to host their guests right by the devil’s side. Traitors against God, country, family, and benefactors lament their sins in this frigid pit of despair.

History was filled with their kind. They lived untouched by the fears of the lands above.

Man, with all his faults and wrongdoings, waits for death and his punishment right after.

But tell me my love, are we not in hell with our own punishments already? 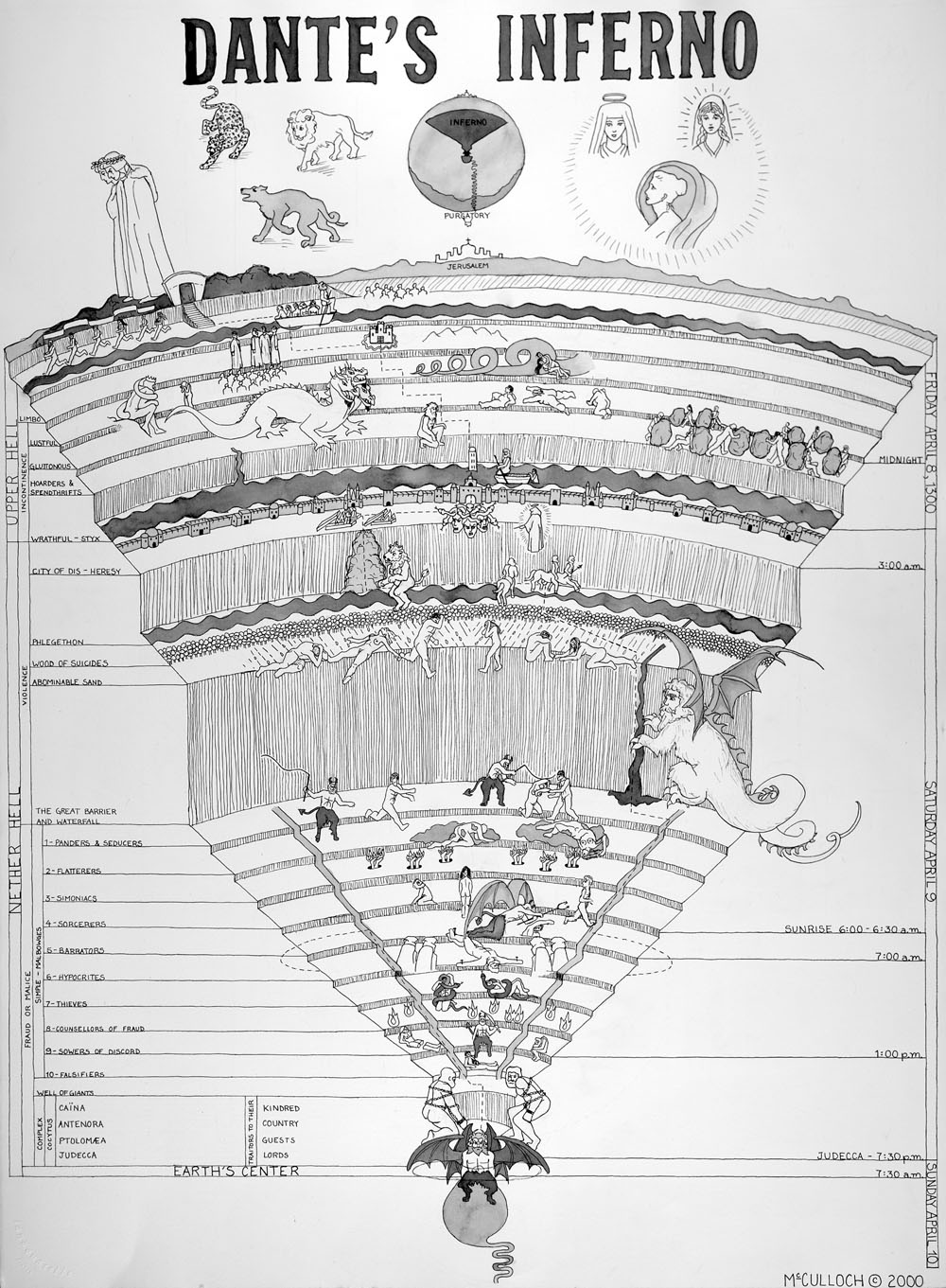 Inferno is the first part of Dante Alighieri’s 14th-century epic poem, the Divine Comedy.  The painter Sandro Botticelli, whose real name was Alessandro Filipepi occupied himself with commenting on a certain part of Dante and illustrating the Inferno over a long period of his life, with the most prominent piece of art being La Mappa dell’Inferno(The map to hell). It is an artistic representation of the nine levels or circles of hell as written by Dante. 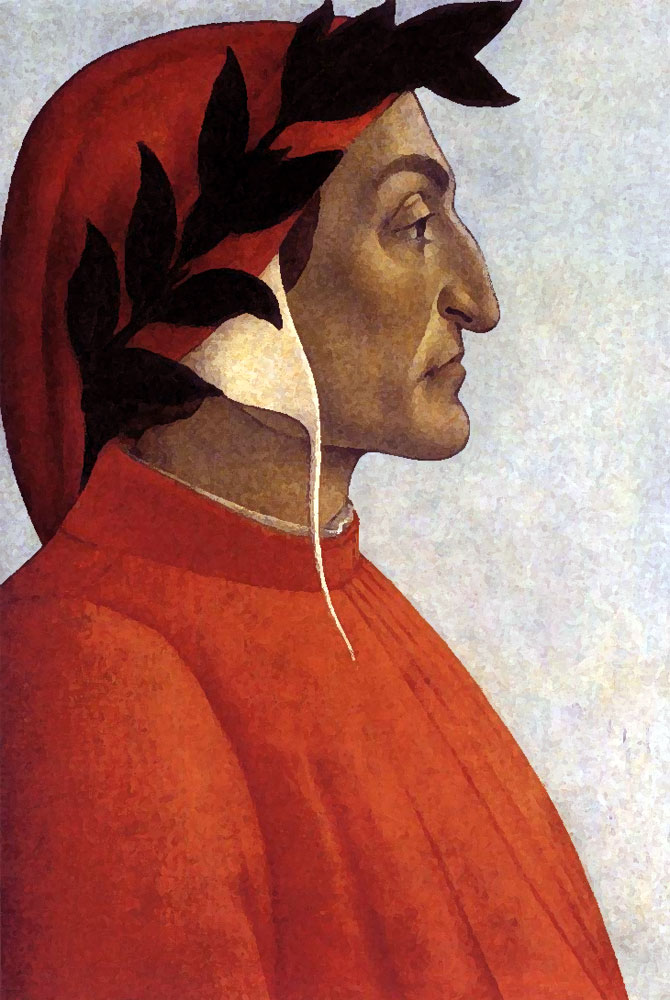 In each circle, the damned are punished for a specific sin, according to the following structure.

The Circles, from First to Sixth:

First circle: Limbo (place for unbaptized and the virtuous pagans)

The Seventh circle is divided into three rings:

First round: traitors to kindred

Second round: traitors to political entities, such as parties, cities, or countries

Third round: traitors to their guests

Fourth round: traitors to their lords and benefactors. 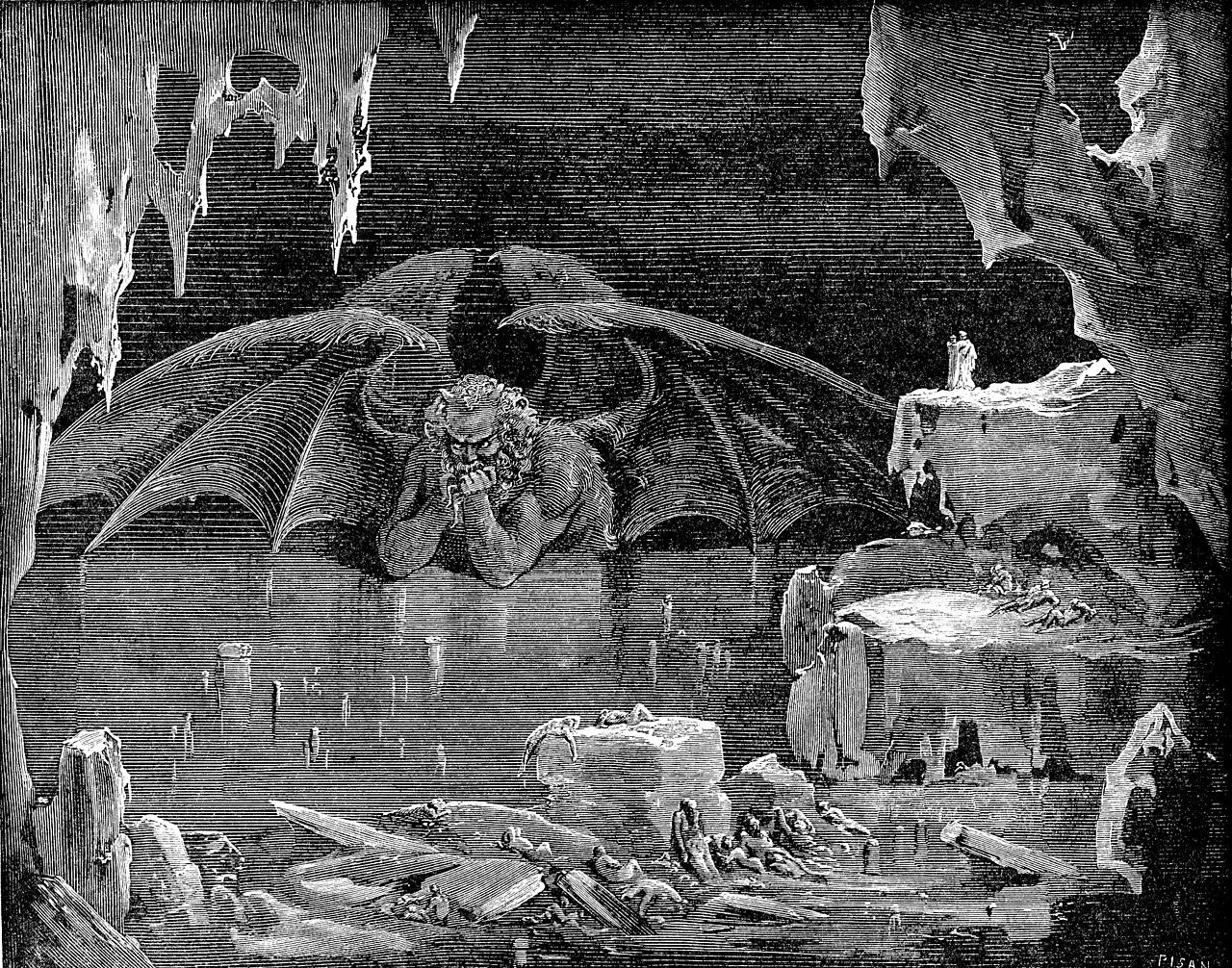 It is an incredibly detailed work of art that currently resides in Rome. Dante’s inferno and Botticelli’s La Mappa dell’Inferno paint a horrific figure of hell in the minds of people. Dante had to traverse through these lands, through hell itself, to find these people who used to reside in our world. Centuries have passed and we’re still filling up his Hell, creating these monsters in the world above.

Check out some of the most intriguing and immersive paintings on Dante’s Inferno by Gustave Dore.

Previous The Observer and the Observed: How Do We Let Art Do What it Does Best?
Next Carolee Schneemann: Art and Taboo