Breaking News
Home / Miscellaneous / Art / The Scream of Nature: The Monologue of a Painting

The Scream of Nature: The Monologue of a Painting

Edward Munch was asked one day,
“What made you try and paint ‘The scream’?”
“A scarlet sunset, so intensely crimson,
The sky itself was a frenzied dream.”
The canvas waited, dried and cold,
In pastels and in oils bedraped.
Waited to answer why it really screamed,
Why horror had its mouth thus gaped.
“I was born of Nature’s warped breath,
Jagged, raw and uncovered.
An abstract, built of metaphors,
Banal modernity yet to be discovered.”
“Evolving problems got more ornate.
I ran through the years, bled each decade.
An obstacle race with no start or end.
Each hurdle block was more a blockade.”
“Lunatics hurled words and ideas fed,
Compressed into trenches and gases.
A star on a sleeve was poisoned wine, 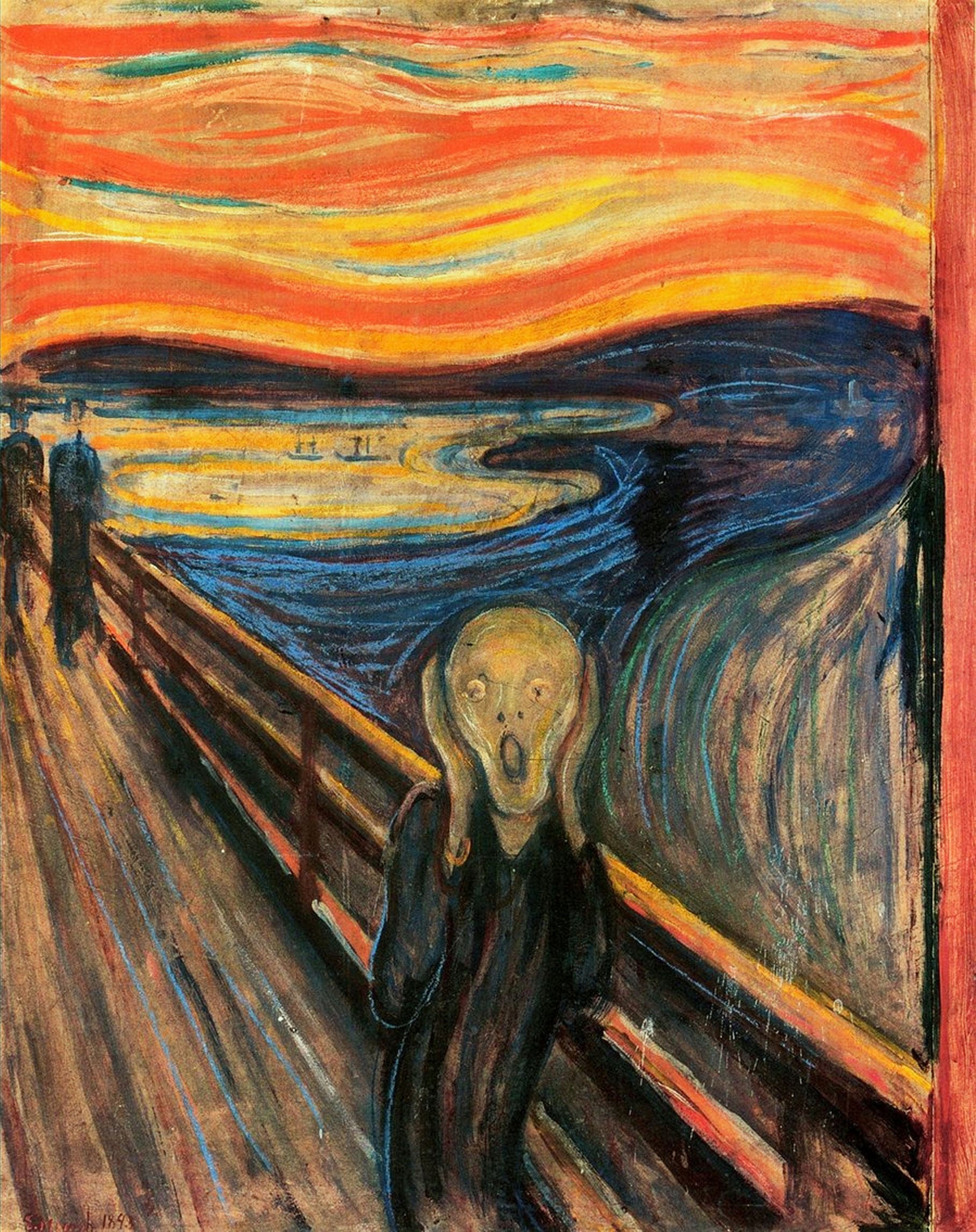 And whims decided the fate of the masses.”
“Lessons were learnt and notes were taken.
Reincarnated insanity woke up,
“Ashes to ashes!”, screamed Death,
As twin cities drowned in Oblivion’s cup.”
“Colonies unbound. Countries awakened.
New selfhood coloured the world.
Flags, and not sub-flags, found patterns to wear.
Add a few Lines: a new atlas unfurled.”
“The radical notion that women were people.
The Art of Living beyond your means.
The land of the free, the home of the brave.
Decked out in the grandeur of has-beens.”
“Smog caressed the Polar ice caps.
Deserts grew on unchained.
Endangered grew up to be extinct.
Fossil fuels were slowly drained.”
“Stock images of protruding ribs.
Children of Models and farmers.
Suicide became a jammed ‘Exit’ gate.
Nature remembered all who dared harm her.”
“Tiny hands were trained to slay.
Some fought misguided wars and killed.
Others were left with nobody to hold.
Some died themselves, and left eyes filled.”
“Love was outlawed between two people,
Because they used the same washroom.
When one wanted to change, to the other side,
He was treated like a werewolf on a full moon.”
“Writing about slashed wrists sold for gold.
Real scars were hidden with concealer.
When a she said she did not like men,
Her family prayed to ‘God’ to heal her.”
“Fabric was torn each minute of the day.
Social, economic, religious, whatnot.
Selling the nation was a periodic affair.
But you could be jailed for selling pot.”
“I stood there trying to block it out.
Nature’s screams became one of many.
My own were absorbed into my atmosphere.
My thoughts were vivid, worth more than a penny.”
“My maker spoke of suns and skies.
Lovers wailed at long goodbyes.
A montage; a collage of varied dreams.
A picture frame of flaming screams.”

Read about an interpretation of the painting “The Scream” and how it has been used by Edvard Munch to describe a personal existential crisis.

Previous Carolee Schneemann: Art and Taboo
Next Marina Abramovic: The Artist as a Medium