Breaking News
Home / Miscellaneous / Art / On the Stream of Consciousness: What Happens When You Surrender to Music

On the Stream of Consciousness: What Happens When You Surrender to Music

Have you ever tried to observe your thoughts and the constant flow of these voices in your head, sometimes loud and daunting, while sometimes they are almost negligible in volume. The one thing you need to do in order to observe your thoughts is to look at them as if they are not yours. That is similar to being silent in a room, sitting in a corner and watching other people in the room talk about stuff and go about their daily routines. Imagine yourself residing in space, known as the mind, and watching the thoughts flow like a stream of information. Usually, we find ourselves in a boat, being mercilessly scattered and thrown in the direction of the flow of this stream of consciousness. Due to our innate fears and desires, we may sometimes resist the flow and try to meander the boat to where we want it to go, which is completely natural. What if you can observe this boat flow down the stream of consciousness as you watch as a spectator, kind of like the cameras which capture those stunning aerial shots of people indulging in white water rafting. Yeah, that would be something! So, I got just the chance to do something like this, where I removed myself from the stream of thoughts and actually looked at my boat being carried by the ebb and flow of the stream as it rolled down the mountains of my Cerebellum. How did I do this? In comes a technique known as Free Association Writing! Free Association is a technique used in psychotherapy where the patient speaks out his thoughts in the raw form in which they are generated in his/her head, without filtering the words, phrases or syllables in the form of meaning and connected sentences. The patient essentially just throws out every single thought that comes into his/her head without actually worrying about whether they are making sense or not. The psychotherapist can then use to technique in order to understand deep-seated emotions and feelings that reside within the patient. The problem plaguing the world is that we do not speak out what we have in mind owing to our constant need to sugarcoat our words in order to make them socially acceptable. But once we get going, without the fear of actually trying and forcing out a pleasurable meaning from our thoughts, we can travel to places within us which we did not know even existed previously. 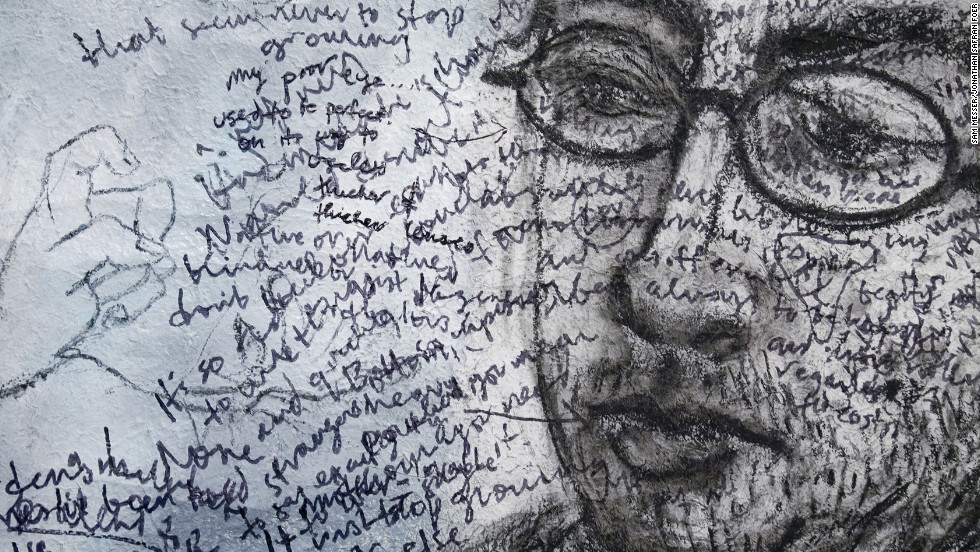 In order to understand myself better, I tried my hand at Free Association Writing. This technique started when I placed my pen on a paper and let my hand flow and carry the pen in any direction it wanted to, completely depending on the flow of thoughts in my head. After a few attempts and several scribbled and torn papers later, I decided that it was getting a bit monotonous. As much as I tried, I used to get stuck in a loop at some point of time. This frustrated me and I decided to listen to some music. Unknown to me, almost unconsciously, as I put on my headphones, my hand found the pen and the pen, in turn, found the paper and the flow started again. As I immersed myself in the song, the loop of thoughts in mind started growing larger, till I started to do some really intense self-questioning and traversed into neural pathways that I had not explored before. Finally, as the song ended, I looked at the paper and could trace my boat as it went down the waterfall and meandered through the constantly flowing stream of stream of words, which seemed to have flowed out of the pen like toothpaste being squeezed out of its tube; effortlessly, in a viscous mixture of commas, broken punctuation marks, unfinished sentences and complete release of internal thought process. 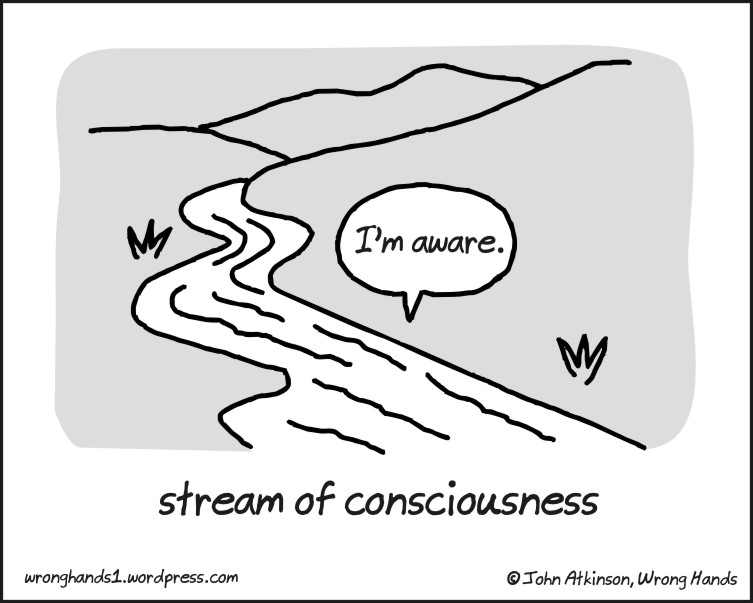 Here’s a sneak peek of one of my sessions; before you start reading do make sure that you start the song and try to sync the words with the rhythm of the song. That is when the beauty amidst the chaos will be revealed.

3:01 (click here to directly go the “Atman”) to 8:36 is the song that I chose for my journey down the stream of consciousness:

Slow, even flow, going into my body, not paying attention to my thoughts, haven’t done this before so here I go, anticipation, rhythm, its like my words and feelings are synced with the music, even though I wander seemingly,  but I come back to a single constant flow of thoughts, I come back to purity, it makes my eyes moist, I don’t think that is acceptable (why not?) well, do people do that? Will they like me after? Do I need to act, always? Is this stream of purity just an act? Do I need to question something that is pure do I need to embrace the randomness in my head? Is chaos the key? In chaos we find ourselves, choas in a rhythm, a soft, undulating rhythm, ever flowing, ever brave, do I need to condense my thoughts into one stream, do I merge all the voices into one, or follow all of them blindly? Do I already know the answer? If yes, then why the uncertainty? Then, there’s a intense craving for uncertainty, there is humility, there is surrender, there is acceptance (of What?!), the flow, the change, the end and the beginning.

If you read between the lines (not literally) you will see a certain pattern forming. One that takes my thought processes on a roller coaster ride and actually takes me on a journey within my head. The song “comfortably” lifted me out of my comfort zone as I surrendered to it. It then took me by “boat” and channelled my mind into a place that I had never been before, a zone of almost intoxicated introspection, a place where there were no rules, no judgments, no this nor that; a place where everything is up for grabs, possibilities come by the thousands and nothing is permanent at all. If music can do this to us, there is some serious catching up that we have to do right now! If we surrender ourselves to music completely, it has the ability to take us beyond our stringent belief systems and show us a world of infinite impermanence as well as infinite imagination. The power of music can only be understood once you let it take you away from who you are when you surrender to the unrelenting tones and the undulating rhythms as they carry you off to Neverland!

Previous Art and Expression: What is it all about?
Next The Way of The Void: The Art of being an Artist