The Culture of Dissidence: Why Heavy Metal Chose Me

When you put on your earphones, plug into a song and feel the world around you dissolve into nothingness, you need to understand that the notes, tunes, rhythms and vibrations that are entering your ears are more than just sounds that cause changes in the way the chemicals in your head behave. These notes and vibrations are in fact capable of raising whole revolutions and shaping vast cultures. That’s right, what you are listening to is a piece of art which has the power to move people to rebellion and break them free from norms. On the other hand, wherever there is dissonance, there is an authority which stereotypes everything and tries to restrict the freedom that is born out of pure vibration. Welcome to the story of Heavy Metal!

There are numerous musical genres in the world, so why did I choose Heavy Metal as my favorite one?

It wasn’t and it never is a choice; music chooses you thanks to your way of being and how your brain works. The music that makes the chemicals in your head go on a rampage is the music that you stick to.

In fact, the first moment I listened to a Metal CD among my father’s vast and varied collection (it was the first Skid Row album), I was instantly hooked on it and I have never looked back ever since.

Now, what would mainstream media have said about my choice, because obviously, in the world that we live in our choices are tailored by the media and the government so that we are not “tarnished by unethical influences”. 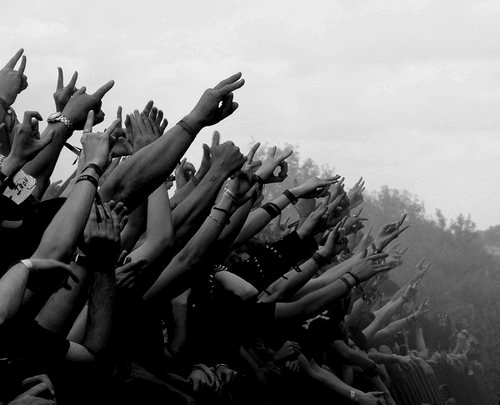 Heavy Metal music has always been controversial and marginalized by academic studies. The rich history of heavy metal music is one which is shrouded in mystery, doubt, and controversy until a metalhead named Sam Dunn decided to trace this form of music to its roots and understand the evolution of metal through the ages.

Tripped Out Fact: Sam Dunn, the person behind documentaries like Global Metal and Headbanger’s Journey came up with the series on uncovering the roots of metal, known as Metal Evolution. Unfortunately, he was not allowed to air the episode on “Extreme Metal” as the government and the mainstream media thought this would be too intense for the audience to handle.

“Heavy Metal is at once the most consistently successful form of rock music and the most marginalized within the discourse of institutionalized rock culture” (Characterizing Rock Music Cultures: The Case of Heavy Metal – Will Straw).

Tripped Out Fact: A band named Cannibal Corpse has been banned from numerous countries due to the extreme character of their lyrics as well as the imagery that they use. Talk about freedom of expression!

Nevertheless, there are now some studies on this type of music and on the people who listen to it through which many positive hypotheses have emerged while numerous negative stereotypes were canceled.

For example, talking about violent lyrics and powerful music, a study found that “subjects who identified themselves as heavy metal fans did not show higher levels of anger than subjects who were not heavy metal fans” (The Effects of Heavy Metal Music on Arousal and Anger – William Neil Gowensmith, M.S., and Larry J. Bloom). 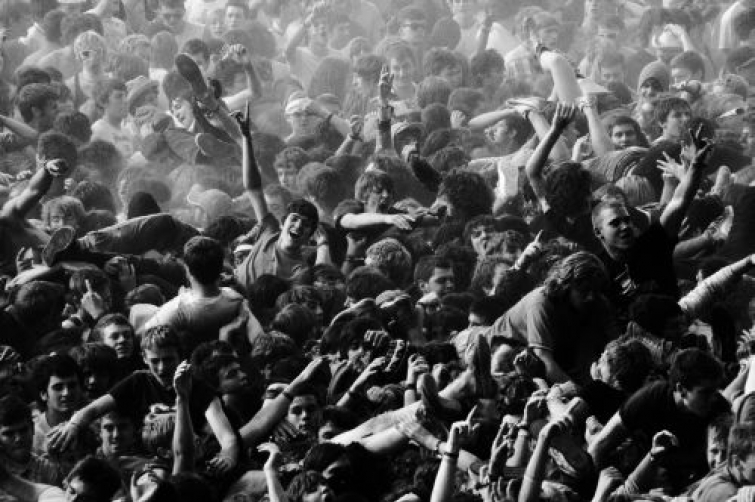 Well, I never cared about stereotypes and I’ve always felt attracted to things different from the norm.

This kind of music is of course about liking a particular way of putting notes and tones together, where walls of distorted guitars and the intense rhythm of the double-bass drumming hits you right in the heart, filling you up with so much energy that you can’t stop but slowly be possessed by the intensity that you physically start to move to the music. At the same time, heavy metal is also about a way of living.

For sure, I always fall in love with a song before I even know its lyrics and that’s how the majority of metalheads think: music is the first thing you like and thus we can say it’s more important than words or the imagery that the bands carry.

That said, everything adds up to the Heavy Metal philosophy and even its lyrics and looks have a very deep meaning. The lyrical themes vary from everything related to far away fantasy lands, epic battles, stories of mythical heroes, political propaganda, oppression, violence, gore, fate, reality and many more complex themes. 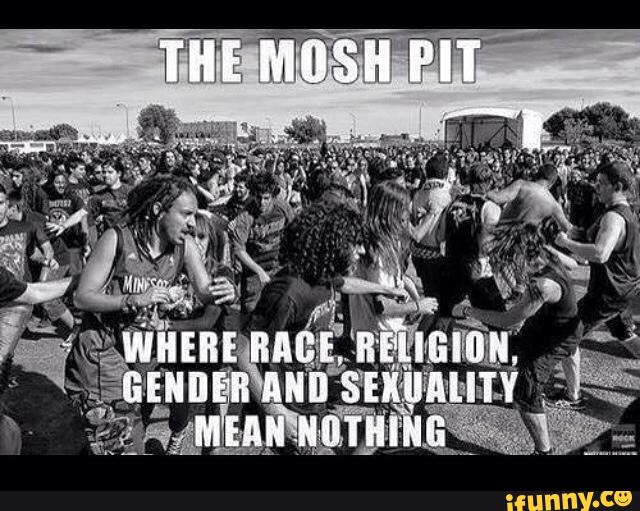 Metalheads consider themselves as the part of a family and when you go to an event, be it a pub night or a music festival, you will feel the unity and fraternity between attendees. The amount of freedom that one can feel in the front of a stage is to an ultimate degree, when waves of sound hit you in rhythmic patterns of intense speed, complexity, and ferocity, and you find yourself convoluting and indulging in intense headbanging sessions with people whom you just met a few hours ago; or you find yourself in the midst of a mosh pit where chaos rules free and picks you up like a child, away from all the madness and conformity that society showers upon us on a daily basis.

We admire sincerity and people who stay true to their principles and roots. We value integrity. When the attitude of a band and their music changes due to commercial pressure, they immediately lose the trust of their fans.

Tripped Out Fact: Metal fans and bands in places like Scandavania and Norway have stayed true to their Pagan/Viking roots, incorporating stories of lore and heritage in their songs and compositions, unhindered by the Christian oppression that they describe as a plague which has inadvertently slaughtered their heritage in a systematic way.

Metalheads value the freedom of expression. Metal music has always been associated as a weapon against hypocrisy and the abuse of power that is so utterly common in today’s world. Rebellion lies deep within this powerful music, the uplifting lyrics and the imagery of long hair, black clothes, boots and patches act as a testimony to non-conformity and complete disregard of any type of conditioned behavior that has been sanctioned by society.

Metalheads love the sheer power emanating from the songs and from the band’s performances on stage, an aspect which they try to replicate on a daily basis in order to remind them of a place and zone where they can be free and empowered.

Listening to albums and even more, during live concerts, where you can experience something so powerful that it makes you transcend the bounds of reality, a reality which has been sanctioned for us by authorities, where there are distinctions and shame depending on who you are, where you belong to, how you dress up, how you look, what your sexual orientation is, and so on. It’s then difficult to conform to the norm and many will try to make a living in the music world so that they won’t have to go back to the social confinement that we find ourselves in. Of course, being a niche (although we can say it’s a very successful one as it didn’t fade away after all these years), only a few can sustain a living by playing this kind of music, even though the struggles, strong will and the spirit to succeed will prove to be very useful in other fields as well.

You can then work in a very normal environment and live a pretty “average” life in the eyes of the strangers, but deep inside yourself you will never conform, you will always think differently from the so-called “normal people” and you will always know how to bear the norm and escape the flock…because a black sheep you are.

Check out more articles by Kiara on heavy metal on her blog The Travelling Metalhead.

Previous The Way of The Void: The Art of being an Artist
Next The Observer and the Observed: How Do We Let Art Do What it Does Best?