Breaking News
Home / News / The Anonymous Trump: Where do “you” come into the Picture?

The Anonymous Trump: Where do “you” come into the Picture?

What’s up Internet surfer! Glad that you stumbled upon this particular website (or were probably guided to it), especially this article. But, do you know that you left a trail of breadcrumbs everywhere that you travelled on the web before you came here? Do you also know about the fact that you will be leaving a few breadcrumbs on this site as well as you keep munching your way around the Internet?  Well, there’s another thing that you should know; the breadcrumbs, as well as the path and the content that you have consumed, is all being documented and saved by Google, which they cite they are doing for customization reasons and of course, because they care about you (sarcasm, maybe but not hopefully)!

You ought to be glad that you are not Donald Trump because all the breadcrumbs that he has left on the Internet are being released to the public by the hacker collective known as Anonymous. Yes, while you were looking for the next best status to put up, or were searching for the next best phone to buy, a man’s social security number, address, phone number and other personal information were put up for all to see. Want to take a peek? You can check it out here if you want to satiate your curiosity or your playful urge to wreak havoc on one of the greatest scourges to have hit our world in the recent years:

It just seems that I developed a sort of conscience towards this man, and so did Anonymous! Now, the hacker group seems a bit disheveled when it comes to bringing Trump down and exposing all his information on the online space for the world to see. The hacker collective is divided now on whether they bring down a person who has the power to pretty much screw America and the rest of the world if and when he comes to power, or they stick to their patronizing need for keeping the freedom of speech alive in the world. Yes, even though the guy has the potential to screw the planet, he is in fact just expressing his opinion right now at a stage where he has no appreciable power yet. Make sense? 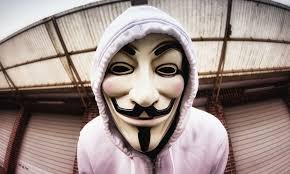 Well, it seems that the Hacktivist collective is now geared towards a bigger goal, which is to attack the system itself! By system, you can probably name it in different terms such as the Matrix, the Dogma, the Man and what not. Yes, the elusive cage of propaganda, control, judgment, stereotype, greed and plain insolence towards everything truly human is what we are talking about here. That’s a huge initiative, Anonymous! I mean the system can be easily taken down with a group of hackers right? Just hit a few main servers and overload them so that the monetary system collapses, the political system is in ruins, and the justice system goes completely primitive. Good stuff, right?! 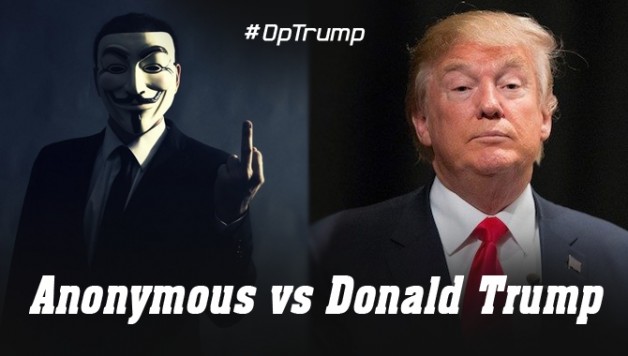 This is where I want you to start thinking a bit, each and every one of you. If you still think that a bunch of hackers exposing a few scandals, taking down a few sites, disabling a few servers can truly help us get rid of the system, you better not bank on it and be seated on your couch and watch the show unfold as you munch on popcorn. The system has been created for one thing and one thing only, to remove all control from you and make you mere spectators and consumers. So, how do you expect the system to be brought down by being a mere spectator and consumer? 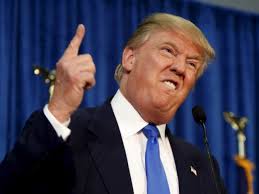 Consider this to be a week where you will go through a series of instances and scenarios which will help you understand how you can change the world around you and not just watch the show as it unfolds through various places and mediums. In this era if deep interconnectivity, the amount of control that you have regarding making a profound change cannot be understated. So pick up your act from amongst the leftover popcorn bits, let go of your TV remote, run outside and try to become a better person, someone who is welcoming to others (first breadcrumb: refugees), someone who works on decreasing his/her self-importance (second breadcrumb: the most important Trump characteristic that plagues us all), and someone who is not afraid of facing their inner darkness (third breadcrumb: there is a Trump within all of us, face him and kill the egoistic shadow). That’s how you play your part in bringing down the system folks, good night!

Previous Science Behind Emotions and How they Affect the World Around You
Next Cricket and Country: The Pseudo-Patriotism of Today