Breaking News
Home / News / The Birth of a Killer: How are Psychopaths formed?

Surrounded by bloggers, this recent event in the news scared me to the depths of hell. It made me reevaluate the psychopathic tendencies anyone can possess, even a teenage blogger like Ashelee Martinson. With her entertaining pieces of poetry, she is now sentenced to 12 years prison, and will start her bout of prison on June 17. 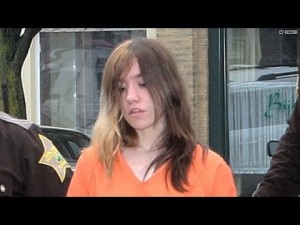 Background check: The Vampchick, as she was known online, posted horror poetry, about killing her parents in the most creatively horrific ways possible. The blog which was taken down has still some of its pieces which are taking a trip of the internet, one such is: 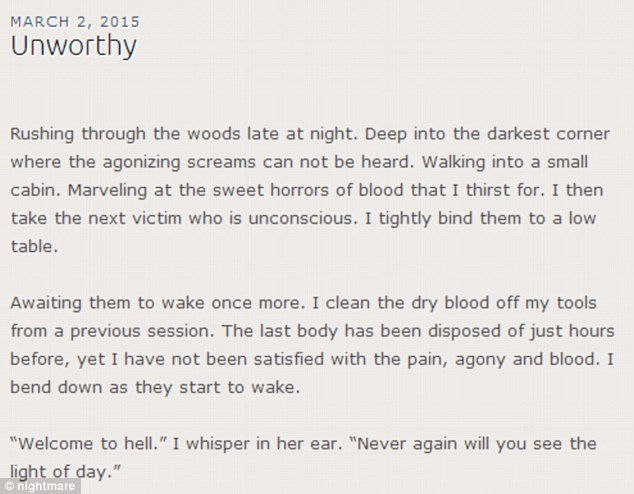 In the town of Piehl, in Northern Wisconsin, 5 days later, her father was found shot and her mother fatally stabbed multiple times, her sisters locked away in the house and Ashlee had fled with her boyfriend

What led to such behaviour? It took a year for Ashlee to confess. You’ll feel a slight bit of pity for this teenage psychopath when you discover her story. She was the victim of physical, verbal and sexual abuse, by her mother’s lover. He raped her at the tender age of 9 and once he even burnt her soft flesh with his cigarette. Her step-father was no better, he was arrested for assault, kidnapping, child enticement and party to the crime of sexual assault of a minor.

According to her sisters, he had abused them physically with his belt, killed their pet and often abused their mother. Her friends state how they knew she was going through a hard time but this turn of events was unexpected.

Her parents earlier had threatened her boyfriend and warned him to stay away from their daughter. They took her gadgets and forbade her to ever see her boyfriend again. She walked out of the house but was forcefully brought back inside. She escaped to her room, took one of the shotguns to commit suicide but her father came after her. Instead of shooting herself, she shot him twice, once in the neck then in the head to make sure he wasn’t capable of hurting her anymore.

She tried to find refuge with her mother but her mother responded furiously, grabbed a knife and attacked Ashlee, which led to the teenager stabbing her mother until she was sure incapacitation had been achieved. After this event, she fled but was later captured, and taken to court. She pleaded guilty this year.

Psychology has characterized Psychopathy as being a combination of antisocial behavior, diminished empathy and remorse, and disinhibited or cold behavior. It is only recently that scientifically sound psychometric procedures for its assessment have become available. But the overlooked fallacy in this assessment is that one needs to analyze the finer details: psychopaths can be about three times more likely to commit violence than other offenders and about two-and-a-half times more likely to commit antisocial acts such as lying and sexual exploitation.

Each time we hurt someone, that person’s distress becomes our pain, and we start to associate our vicarious pain with harming others. Violence then starts to feel intrinsically bad. But psychopaths have no such remorse and they seem like perfectly normal members of society, around whom others would feel comfortable and to whom others may sometimes even be drawn to. They are talented actors. However, deep within them rests the tendency to act out in unexpected ways that can often be aggressive, volatile and sometimes, such actions can also lead to criminal behavior. Psychopaths, when in situations that most normal people would find upsetting, appear unnerved, and emotionally void of fear and anxiety. Those who follow regular news updates will be aware of certain cases of psychopaths like that of Charles Shobraj, Cyanide Mohan and Stoneman Killer of Mumbai, which are the best examples of the same. 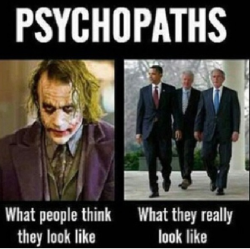 Psychologists believe that psychopathy has numerous triggers such as the dysfunction of the frontal lobe which affects reasoning, but there’s one factor which we as a society is solely responsible for; it is the mistreatment received at the hands of their parents/guardians during childhood which makes them behave highly impulsive, develop lack of fear and empathy, become indifferent towards peers and appear callous in the face of emotion. While browsing I found multiple perspectives about the psychopathic mind state and the numerous kinds of observations made on the same. But still the question buzzed in my mind was, how does a mistreatment in one’s childhood lead to such a mind state? I have some friends who are normal and live with or without their traumatic parents/guardians.

Tripped Out Fact: Each one of us has the genetic composition to become a psychopath. It is only due to the lack of intense external triggers that these genes are not activated. Better be grateful for that! 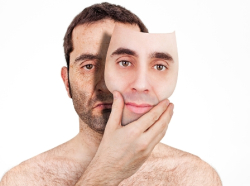 I came across a fellow writer Ashwin Ramesh’s work, “A Trip to Terrorist Heaven: Why Suicide Bombing is An Act of Utmost Fear“, which made me decide to dive deeper into the mind of a psychopath and refer to some scientific studies, through which i found the answer: “when we have been abused or neglected as children it can leave us feeling wounded, deprived, and wronged by those we love and trusted. Memories and understanding of such events are stored in the brain in that child-like state which tends to place too much blame on ourselves and internalize negative messages received from others. Not knowing how to confront the totality of our painful experiences and gain mastery over them, we tend to lose our temper and sometimes react violently. We carry these blames even as adults, replay those negative experiences and statements, “You’re stupid,” “I wish you were never born,” which makes us aggressive and develop hatred towards the outer world provoking anti-social thoughts and diminishing empathy, thereby making us a psychopath.”

Therefore, in conclusion, all of us need to be more open to people around us, who may have been mistreated as children by befriending them, sharing your experiences with them, providing them a good way to break the hold of shame and help them to come to a quicker resolution of their pain. If nothing else, engage them in certain activities like making them to revisit their earliest painful memory through creative forms of expression such as free-writing or painting, empowering them to express their feelings and thoughts. It will be hard to get started because they are probably afraid and may feel stressed or even disoriented. That is totally normal. But the memory of what happened will remain only as a story in their brain and not as the actual event, making it completely safe to make them revisit the same. If not alone, you may involve the therapist to go on this journey to prevent the psychopathy from spilling through by participating in therapy and ensuring strong, loving relationships. So far no pill, vaccine or therapy has been created that can cure a psychopath, but at a young age, psychopathic tendencies can be controlled while as an adult, it becomes impossible.

Previous The Never-Ending Refugee Crisis: You Can Make A Difference
Next The Sanctioned Disease: The Water Scarcity in Latur