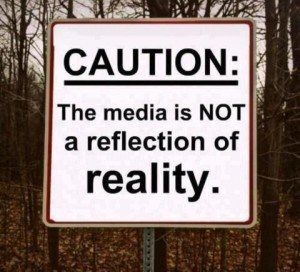 Don’t trust the media. You have heard that enough times already.

The thought that newspapers, television or the internet are authentic sources of information is an idea that influences a vast majority of people.  Well, I am not going to lecture you about how news is deceiving you and how everything in it is a part of a major conspiracy.

Rather, I don’t pay much attention to such news; I look for inventions and discoveries, positive news that inspires me and restores my faith that even in a world of bomb blasts, rape, murder, and corruption, productivity exists.

I am going to show you how the media takes the audience’s blind trust for granted.

I was going through Deccan Herald newspaper hunting for something to feed my hopeful eyes and my ambitious mind. I found a noble and a beautiful invention, of how certain students of Amrita School of Engineering’s Amrita Research Lab (Bangalore campus) developed a gesture sensing glove, which translates Indian sign language into speech! It’s a remarkable invention that’ll revolutionize language for those who are deprived of linguistic capabilities.

It’s called Mudra, and with the help of flex resistors, gyroscope, and accelerometer, it can recognize hand gestures in different directions and angles. This invention adopts the gaming world and virtual reality’s motor sense technology. It’s an invention that is worth bringing into the market. 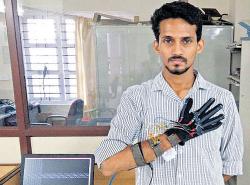 As a curious person, Deccan Herald’s explanation wasn’t enough for me. I wanted to know more and wasn’t satisfied with a few paragraphs.

As they say, curiosity killed the cat. This time around, my minuscule faith in the authenticity of news happened to be the target.

The Internet helped me discover that this kind of invention has already been created by the UG students at the University of Washington in April 2016, and not to mention these students won a prize worth $10,000 for the same.

They had a fantastic video presentation and an article dedicated to their brilliant invention.

Now hold on, I am not praising the USA for inventing it first. There’s more.

I go back in the search list and scroll down, finding an article by Times of India. But hey it looks like in October 2015, four engineering girls, from Gujarat Technology University, invented this glove, with necessary technology where out of 26 internationally accepted signs, 20 signs were used and six signs changed as per the necessity of the technology. In this article, there was an acknowledgement given to the previous students who had tried it and didn’t succeed.

Ditching the technicalities, my point here is that the Deccan Herald claimed in such a factual manner that students in Bangalore invented this glove, while the article written by the University of Washington claimed their students created it.

I later read that the girls’ invention had been exported to the USA. So was it just a coincidence that this happened? Each taking credit of this invention while claiming the presence of a few technical modifications.

I understand that inventing a new piece of technology is a difficult task.

But can’t MNCs and other institutions contribute to it as a part of CSR?

I scrolled down a little more, and I found, Ukraine students invented the same glove. 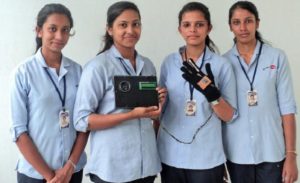 Let’s throw who created this technology on the other side; my target is the news industry, those independent journalists who haven’t given credit to any previous attempts, successful or unsuccessful. Why? Will a little research hurt? Will authenticity somehow push the nations dignity down?

The girls invented the glove last year, then why hasn’t the government made this mainstream news and introduced this remarkable technology in the market until now? The USA did it but India you discovered it, didn’t you?

Inventions, discoveries, and every productive damn thing ought to be a priority for the government to the people.

Let’s keep all of this aside now. Recently there was a transport strike, where the government gave a holiday for colleges and schools until the strike stopped.

The news that I and my friends saw, informed us, that today, i.e. Thursday is a holiday.

I somehow got a gut feeling that this wasn’t accurate and so I told my friends as they left to work to inform me if they saw a bus.

And guess what, we saw the buses functioning today, in Bangalore. Guess what, those who slept peacefully today, missed college and school, which has affected their attendance.

There’s still an uncertainty for Saturday, but I rather make inquiry than just trust the news blindly.

Previous Fantastic Creations: A J.K. Rowling Tribute
Next A Poet’s Tribute to the dotty Luna Lovegood 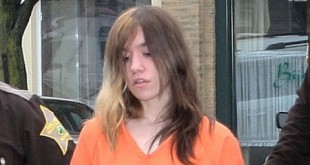